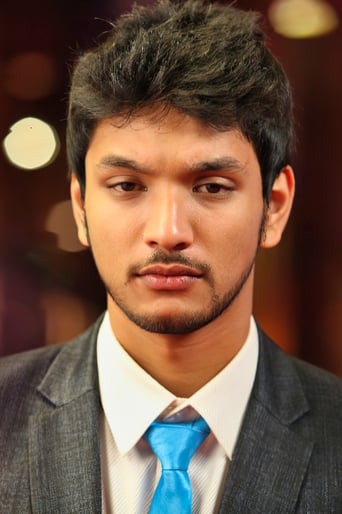 Gautham Karthik is an Indian film actor who works in the Tamil film industry. He made his acting debut in Mani Ratnam's Kadal (2013). Gautham Karthik was born to Tamil film actor Karthik Muthuraman and his first wife actress Ragini Karthik. He is the grandson of actor R. Muthuraman. He spent his growing years in Udhagamandalam and was graduating at Christ University, Bangalore, until film maker Mani Ratnam approached him. Before that, Gautham was not connected with the film industry. He holds a bachelor's degree in Psychology, English & Media. In college he performed as a guitarist and vocalist in his band Dead End Street. He has two younger siblings, Ghayn and Thiran.

A wrongdoer is caught red-handed and he is not going to forgive the man who exposed him.