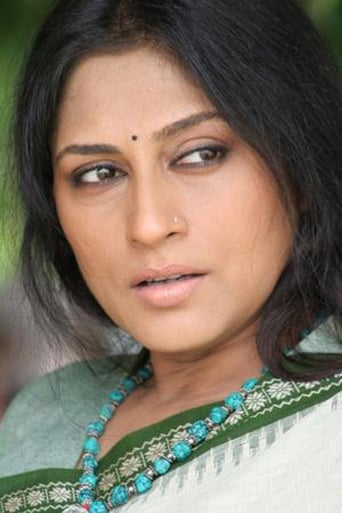 Roopa Ganguly (born 25 November 1966) is an Indian actress, playback singer and politician. She is best known for her rendition of Draupadi in B R Chopra's hit television series Mahabharat (1988). Often promoted as the Bengali Film Industry's answer to Bollywood's Shabana Azmi, she is known for her versatility and accent adaptation. She worked with directors such as Mrinal Sen, Aparna Sen, Goutam Ghose and Rituparno Ghosh. She is a trained Rabindra Sangeet vocalist and a classical dancer. She received several awards including a National Award and two BFJA Awards. In October, 2015, she was nominated as a Member of Parliament, Rajya Sabha, by the President of India. She served as the President of BJP Mahila Morcha in West Bengal. She served as the General Secretary and the Vice President for the West Bengal Motion Picture Artistes' Forum, a body representing cine artistes.

Hemlock Society is a school that teaches aspirants how to successfully commit suicide. Meghna, one o

Ek Mutho Chabi is a Bengali feature-film released in September 2005. As the name suggests, the movie

Soumyo (Khanna), returns from San Francisco to Kolkata, the city of his birth at the behest of his e

A young musician and a model have the same dream together, and they meet and fall in love at a books

The Nobel Medal of great Indian Poet Rabindra Nath Tagore was stolen in 2004 and it was never found.

Based on the timeless literary work by Manik Bandyopadhyay, Padma Nadir Majhi was directed by Gautam