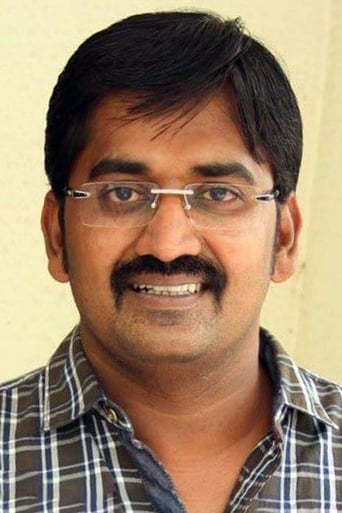 Karunakaran is a Tamilfilm actor, who has appeared in character roles. He made his breakthrough in Soodhu Kavvum (2013) portraying the role of Arumai Pragasam, before playing roles in Jigarthanda and Yaamirukka Bayamey. He initially made a career as chemical engineer, graduating from SASTRA University, and then as an IT professional at Accenture, before director Nalan Kumarasamy (his friend) approached him to feature in a short film he was making for the reality television show, Naalaya Iyakkunar. Karunakaran had featured in such short film ventures at school and Nalan had cast him in Nenjuku Neethi, which went on to win the first place award that season. Sundar C gave him brief roles in two of his ventures, while he made his first breakthrough portraying Vijay Sethupathi's friend in Karthik Subbaraj's Pizza (2012), after which he left work and concentrated on a career in films. Nalan subsequently cast him in his feature film debut Soodhu Kavvum, for which Karunakaran won rave reviews. His appearance in the "Kasu Panam Thuttu" song also was well received and prompted several further offers for the actor. His performance in Yaamirukka Bayamey was appreciated by critics.

Sitting Chief Minister Vinodhan, who is facing imprisonment in an illegal assets case, makes his son

Frustrated at his failed romance, an intelligent man decides to steal from his landladyâ€™s house. E

A hitman comes to a hill town to plot the murder of a top scientist. A young man and his righteous f

A young man kidnaps the chief minister and sends the state into a tizzy. What is his motive?

A man falls in love with a woman, a new recruit in his company. He seeks guidance from the `Love Gur

A reporter who gets arrested realises that he is a victim of a fake degree certificate racket, and d