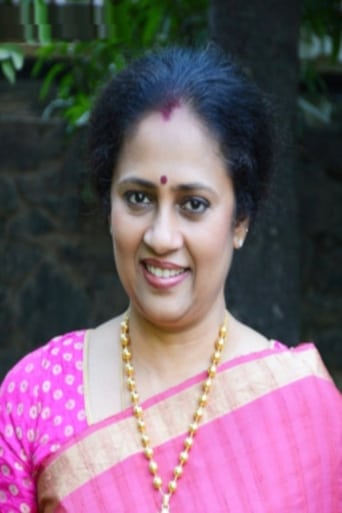 Lakshmy Ramakrishnan is an Indian actress and director. She made her debut in the Malayalam film Chakkara Muthu (2006), and has since appeared primarily in supporting roles in Tamil films. Lakshmy Ramakrishnan lived in the Gulf from 1985 to 2005, where she conducted programs for women and children. She returned to India and directed six short films.Director A. K. Lohithadas wanted to use Ramakrishnan's house for shooting his Malayalam film Chakkara Muthu (2006) and offered her a supporting role in the film. Karu Pazhaniappan's Pirivom Santhippom (2008), in which she played the mother of Sneha's character was her first Tamil film, following which she played supporting roles in numerous films. She portrayed an angry mother who wants to avenge her daughter's death in Mysskin's Yuddham Sei (2011), and received rave reviews. She also tonsured her head for the "once-in-a-lifetime role" She has worked in television shows. She acted in the serial Aval in STAR Vijay and hosted the reality show Solvathellam Unmai in Zee Tamil. In 2012, she completed her first feature film, Aarohanam,which received a Special Jury award at the 7th Vijay Awards. Her second directorial venture, Nerungi Vaa Muthamidathe, focussed on the petrol crisis in Tamil Nadu.

Three strangers, who were cheated by a three-member fraud gang, hatch plan to take revenge on their

Sachin is an engineering graduate from a middle class Mumbai family, but his passion is for the worl

Earam is a full of love and thrill.Aadhi is playing the role of Assistant Commissioner of Police. Th

Jacob, a successful businessman, is settled in Dubai with his family. He is forced to flee to anothe