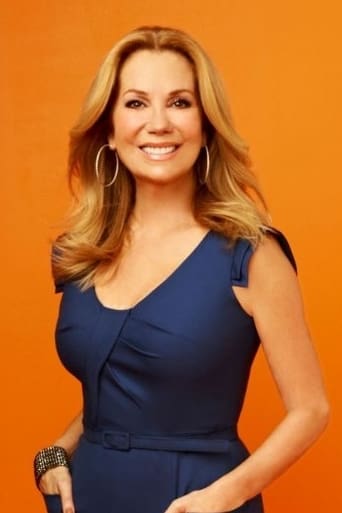 Kathryn Lee Gifford is an American television presenter, singer, songwriter, occasional actress and author. She is best known for her 15-year run on the talk show Live! with Regis and Kathie Lee, which she co-hosted with Regis Philbin. She is also known for her 11-year run with Hoda Kotb, on the fourth hour of NBC's Today show. She has received 11 Daytime Emmy nominations and won her first Daytime Emmy in 2010 as part of the Today team. Gifford's first television role had been as Tom Kennedy's singer/sidekick on the syndicated version of Name That Tune, from 1974 to 1978. She also occasionally appeared on the first three hours of Today and was a contributing NBC News correspondent. Gifford left Today in order to pursue a movie career both as an actress, and as a director and producer. In 2018 she filmed Then Came You in which she co-stars with Craig Ferguson. In 2018 she also filmed a Hallmark Christmas movie for Hallmark Movies & Mysteries called A Godwink Christmas. Gifford intends to make movies about the experiences of losing a loved one and being a widow, which she considers an underrepresented topic in Hollywood. Gifford has several projects in the works including sequels to Then Came You.

The sharks take bite out of the East Coast when the sharknado hits Washington, D.C. and Orlando, Flo

A lonely widow plans a trip around the world with her husband's ashes, to visit the places they love