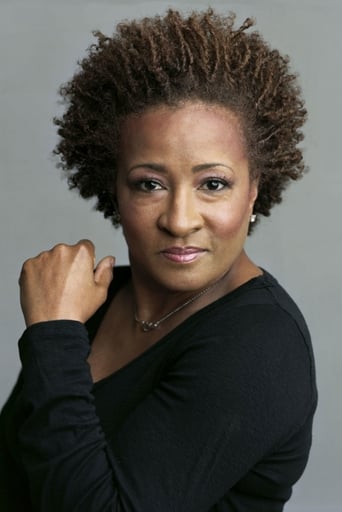 Wanda Sykes (born March 7, 1964) is an American writer, stand-up comedian and actress. She earned the 1999 Emmy Award for her writing on The Chris Rock Show. In 2004 Entertainment Weekly named her as one of the 25 funniest people in America. She is well known for her role as Barb on The New Adventures of Old Christine and for her appearances on HBO's Curb Your Enthusiasm. In November 2009 The Wanda Sykes Show, her own late-night talkshow, premiered on Fox, airing Saturday nights. Description above from the Wikipedia article Wanda Sykes, licensed under CC-BY-SA, full list of contributors on Wikipedia.

Set after the events of Continental Drift, Scrat's epic pursuit of his elusive acorn catapults him o

Manny, Diego, and Sid embark upon another adventure after their continent is set adrift. Using an ic

A harried prehistoric bird mother entrusts her precious, soon-to-hatch egg to Sid. When she recommen

Captured by smugglers when he was just a hatchling, a macaw named Blu never learned to fly and lives

Junior congressman Evan Baxter, whose wish is to "change the world" is heard by none other than God.

In the adorably different town of Uglyville, weirdness is celebrated, strangeness is special and bea

When her boyfriend dumps Emily, a spontaneous woman in her 30s, she persuades her ultra-cautious mom

Phil's new phone comes with an unexpected feature, Jexi...an A.I. determined to keep him all to hers