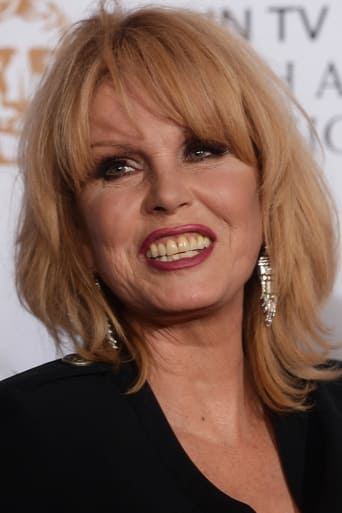 An English actress, voice-over artist and author, best known for her roles in British television series "Absolutely Fabulous" portraying Edina Monsoon's best friend, Patsy Stone, as well as parts in "The New Avengers", "Sapphire & Steel", and "Sensitive Skin". She is a former model and Bond girl. Her distinctive voice has been supplied for animated characters, film narration, and AOL's "You have email" notification in the UK. She has spoken out as a human rights activist for Survival International and the Gurkha Justice Campaign, and is now considered a "national treasure" of Nepal because of her support. She is an advocate for a number of charities and animal welfare groups such as CIWF and Viva!. She has won three BAFTA awards and a British comedy award.

James Bond tracks his archnemesis, Ernst Blofeld, to a mountaintop retreat where he is training an a

Set in a 19th-century european village, this stop-motion animation feature follows the story of Vict

Paddington, now happily settled with the Browns, picks up a series of odd jobs to buy the perfect pr

Ella lives in a magical world in which each child, at the moment of their birth, is given a virtuous

A lady has her prim and proper life turned upside down after discovering her husband's affair.

Eccentric aliens give a man the power to do anything he wants to determine if Earth is worth saving.

Edina and Patsy are still oozing glitz and glamor, living the high life they are accustomed to; shop