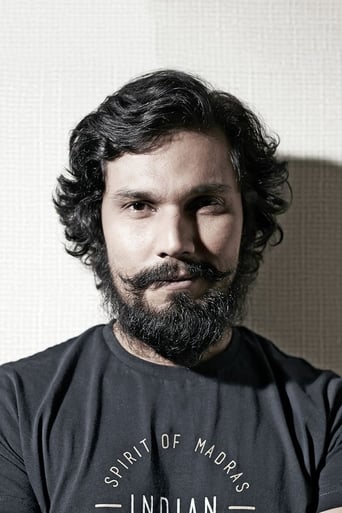 Randeep Hooda is an Indian film actor who appears in Hindi-language films. Hooda was born in Rohtak, Haryana; he studied at the Motilal Nehru School at Sonepat, where he began acting in school productions. He later pursued a postgraduate degree in human resource management in Melbourne, Australia, and on his return to India began modelling and acting in stage productions.

One hundred years of Hindi cinema is celebrated in four short stories showcasing the power of film.

Deshu, a mechanic from Dubai, comes home to Mumbai, and gets embroiled in a crime by accident. The f

In the 1980s, Charles, an enigmatic con man and a vicious killer and Commisioner Amod Kanth are embr

A female superstar struggles through the trials and tribulations of being a Bollywood actress.

Jannat 2 is a Bollywood crime thriller film and a sequel to the 2008 hit film, Jannat. The film is d

Biopic of Sarabjit Singh, a farmer residing at Bhikiwind, Punjab, near the Indo-Pak border, crossed

A mysterious death of a young girl unfolds a web of secrets and a conspiracy. The father of the girl

An adrenaline junkie walks away from a whirlwind romance and embraces a new life as a thief, though

A hot-shot fashion and wildlife photographer Vikram gets into a relationship with Nisha. She moves i

A look a the life of 19th century Indian painter Raja Ravi Varma.

After the death of his first wife, wealthy Raja Aditya Pratap Singh, re-marries another woman, simpl

After the death of his son, Sultan Ali Khan, a middle-aged wrestler, gives up the sport. However, ye

A love triangle between a guy and two girls, who are best friends but the complete opposite of one a

Tyler Rake, a fearless black market mercenary, embarks on the most deadly extraction of his career w

Two different individuals on a journey of love, loss and life through the phases of Reincarnation.